The perfect introduction to the legendary world of dragons, The Dragon Machine uses a clever mix of text and illustrations to describe how George, a young, overlooked boy, becomes aware of dragons hiding all around him. But when it becomes apparent that they don’t belong in George’s ordinary world, he endeavours to do the best […]

Morris Lessmore loved words. He loved stories. He loved books. But every story has its upsets… Everything in Morris Lessmore’s life, including his own story, is scattered to the winds. But the power of story will save the day. Stunningly brought to life by William Joyce, one of the preeminent creators in children’s literature, The […]

How to Live Forever

Colin Thompson’s books are mystical and complex, they will appeal to children and adults alike and demand to be returned to as there is always a new image to see . . . something more to catch the eye. Peter and his family live among the Quinces in the cookery section of a mystical library, […]

Mr. Crocodile loves his job. Every morning he gets up with an alarm. He brushes his teeth. He chooses the right tie to match his outfit, eats a quick slice of toast, and heads off to work on a crowded train. But what is his job? The answer may surprise you. Readers will want to […]

The mouth-watering new book from acclaimed author illustrator, Oliver Jeffers. Henry loves books… but not like you and I. He loves to EAT books! This exciting story follows the trials and tribulations of a boy with a voracious appetite for books. Henry discovers his unusual taste by mistake one day, and is soon swept up […]

The Dog That Ate the World

He came over the pastures like a mean thunderstorm… fast as lightening was the dirty dog. All of the animals of the valley lived in peace and harmony until the big greedy dog appeared. He was so greedy that he gobbled up everything he could see! Happily for our animal friends, there was plenty of […]

Until I Met Dudley

From the minds of the former Children’s Laureate Chris Ridell, and award-winning fellow of the Royal Society of Literature Roger McGough, comes a fun-filled book about how things work. Have you ever wondered how a toaster works? Or a fridge-freezer, or a washing-up machine? In this fun-filled book of how things work, Dudley, the techno-wizard […]

What’s on the other side of the door? There’s only one way to find out: You have to go through it. JiHyeon Lee’s debut book, Pool , was lauded as a wordless masterpiece. Here she takes readers on another journey into an unexpected world-without words. Delicate, intricate, and whimsical drawings transform from grays to vivid […]

Mum works really hard, but today there is no money left and no food in the cupboards. Forced to visit the local foodbank, Mum feels ashamed that they have to rely on the kindness of others, but her young daughter can still see all the good in her day like reading and drawing, and even […]

In this new addition to our ‘Travellers’ Tales’ series, Sonny devotes his weekend to helping his neighbours and fellow Travellers with a variety of tasks. He uses many skills, from calculating the amount of fuel needed for a journey, to restoring a caravan. In fact, the only thing he doesn’t do over the weekend is […]

Leon and the Place Between

Wanting to prove to his brothers and sister that magic really exists, Leon volunteers to be in Abdul Kazam’s magic show and gets transported to a mysterious world. Filled with rabbits, doves, playing cards and magician’s assistants – among other things – if a magician can make it disappear, it will end up in the […]

From the creators of The Night Gardener , comes a stunning new picture book about a young boy who sets sail to find a place his grandfather told him about… the spot where the ocean meets the sky. It’s a good day for sailing. Finn lives by the sea and the sea lives by him. […]

What if words got stuck in the back of your mouth whenever you tried to speak? After a day of being unable to speak when asked, and of being stared at, a boy and his father go to the river for some quiet time. “It’s just a bad speech day,” says Dad. But the boy […]

Back in the days of long skirts and afternoon teas, young Joan Procter entertained the most unusual party guests: slithery and scaly ones, who turned over teacups and crawled past the crumpets… While other girls played with dolls, Joan preferred the company of reptiles. She carried her favorite lizard with her everywhere – she even […]

Hidden Figures: The Untold Story of the African American Women Who Helped Win the Space Race

Set amid the civil rights movement, the never-before-told true story of NASA’s African-American female mathematicians who played a crucial role in America’s space program. Before Neil Armstrong walked on the moon, a group of professionals worked as ‘Human Computers’, calculating the flight paths that would enable these historic achievements. Among these were a coterie of […]

What does it take to be an investigative journalist and discover the truth against all the odds? Daphne Caruana Galizia had a happy childhood with her family on the small island of Malta, loving books, stories and writing. When she succeeded in her ambition to become a journalist, she discovered that there was much to […]

The Lion and the Mouse

A wordless picture book about three children who go to a park on a rainy day, find some chalk, and draw pictures that come to life.

If Mum has gone, how do you carry on? Missing her feels like a dark cloud that follows you around,or like swimming to a shore that never comes any nearer. But memories are like a jumper that you can cuddle and wear. And Mum’s jumper might be a way to keep her close. A simple, […]

Asiya’s hijab is like the ocean and the sky, no line between them, saying hello with a loud wave. It’s Faizah’s first day of school, and her older sister Asiya’s first day of hijab – made of a beautiful blue fabric. But not everyone sees hijab as beautiful. In the face of hurtful, confusing words, […]

With haunting echoes of the current refugee crisis this beautifully illustrated book explores the unimaginable decisions made as a family leave their home and everything they know to escape the turmoil and tragedy brought by war. This book will stay with you long after the last page is turned. From the author: The Journey is […]

This award-winning true story of Black Olympic runner Wilma Rudolph, who overcame childhood polio and eventually went on to win three gold medals, is illustrated by Caldecott medal-winning artist David Diaz. Before Wilma Rudolph was five years old, polio had paralyzed her left leg. Everyone said she would never walk again. But Wilma refused to […]

A moving, powerful story that shines a light on those that feel invisible in our world – and shows us that we ALL belong – from the author of Ruby’s Worry . The Invisible is the story of a young girl called Isabel and her family. They don’t have much, but they have what they […] 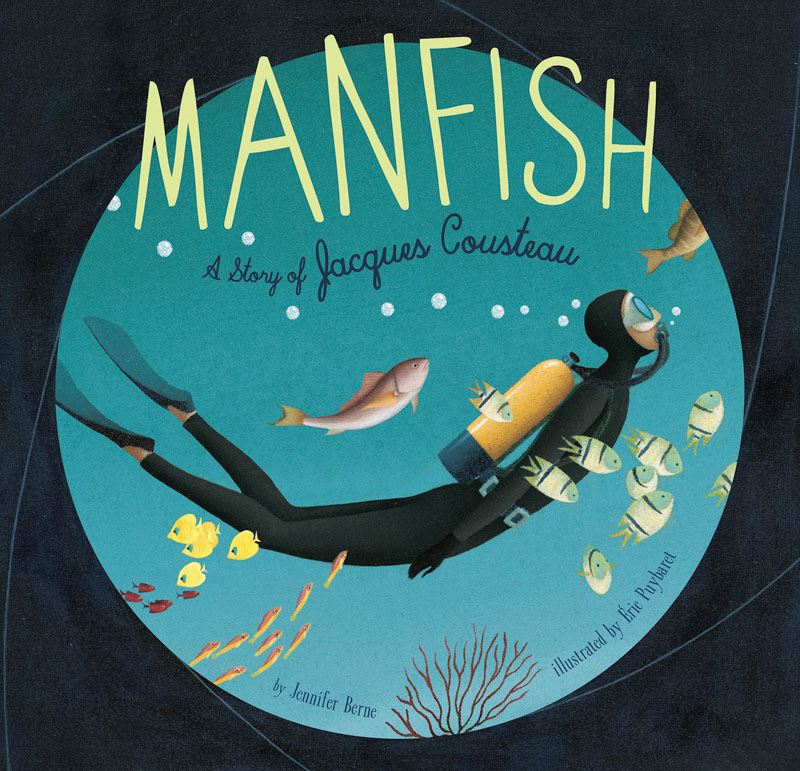 Once upon a time in France, a baby was born under the summer sun. His parents named him Jacques. As he grew, Jacques fell in love with the sea. He dreamed of breathing beneath the waves and swimming as gracefully as a fish. In fact, he longed to become a manfish. Jacques Cousteau grew up […] 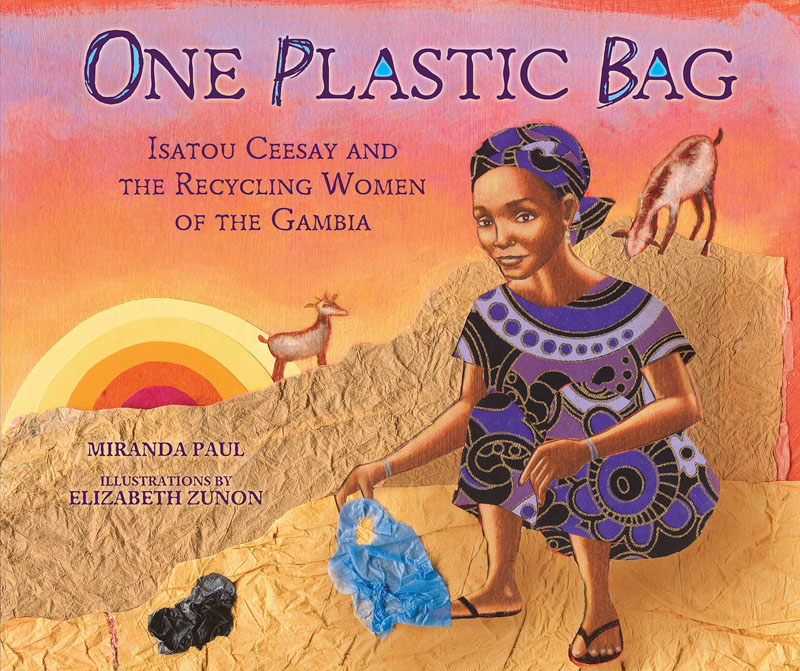 The inspiring true story of how one African woman began a movement to recycle the plastic bags that were polluting her community. Plastic bags are cheap and easy to use. But what happens when a bag breaks or is no longer needed? In Njau, Gambia, people simply dropped the bags and went on their way. […] 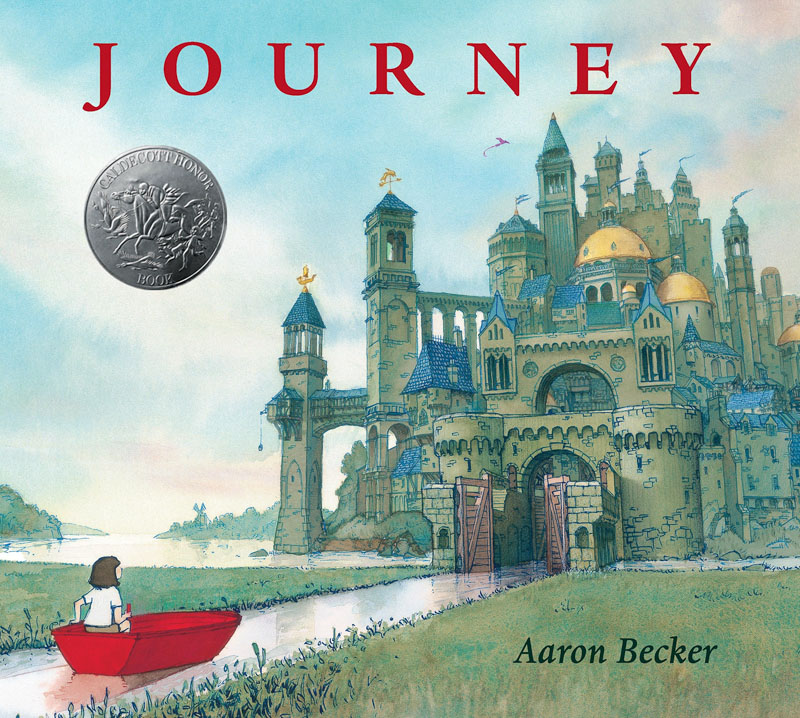 Be swept away on an elaborate flight of fancy in this Caldecott award-winning, wondrously illustrated picture book about self-determination and unexpected friendship. The winner of the prestigious Caldecott Honor, and described by the New York Times as ‘a masterwork’, Aaron Becker’s stunning, wordless picture book debut about self-determination and unexpected friendship follows a little girl […] 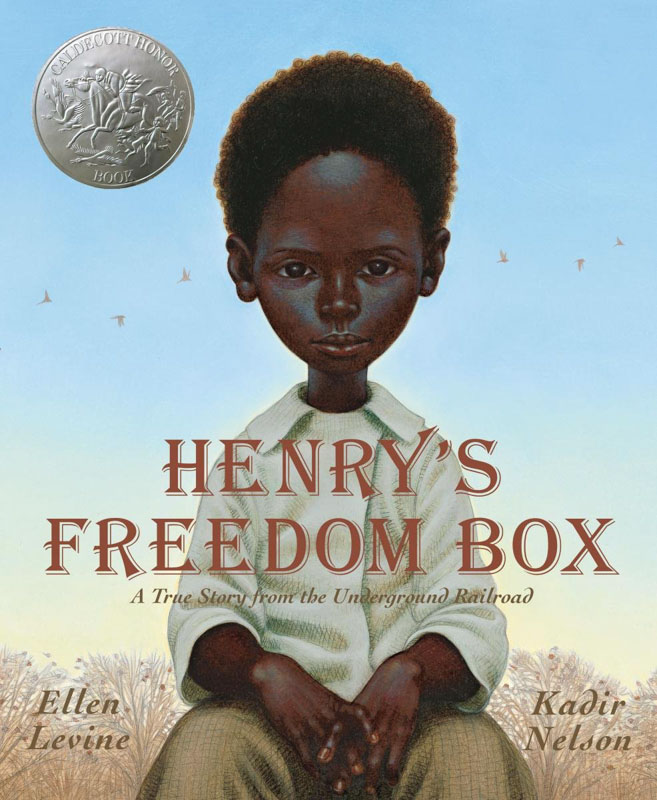 A stirring, dramatic story of a slave who mails himself to freedom by a Jane Addams Peace Award-winning author and a Coretta Scott King Award-winning artist. Henry Brown doesn’t know how old he is. Nobody keeps records of slaves’ birthdays. All the time he dreams about freedom, but that dream seems farther away than ever […]