To celebrate the launch of her pre-school book series Mini Monster, author Caryl Hart has picked out five recommended books about friendship.

Here’s a heart-warming ode to friendship, compassion, and kindness told in rhyming verse and accompanied by charming and colorful illustrations. The message is clear — friends come in all different sizes, shapes, and colors. Some may look and dress differently than you, speak another language at home, may use a wheelchair to get around, or […]

A gift that will bring cries of delighted recognition from anyone who has ever owned a dog and, dare one say it, charm the pants off even those who strongly prefer cats. Hello. My name is Plum and I’m a whoosell – that’s whippet mixed with Jack Russell and poodle. I especially like swimming, leaping, […]

Mini Monsters – Can I Play?

Set in a preschool for mini monsters, this fantastic new series stars four lovable characters who are learning valuable lessons about friendship and how to get along. In Can I Play? , Sparkle is getting ready to put on a magic show with her best friend, Arthur. But when Scout tries to join in, Sparkles […]

Birt and Etho are best friends, they play on Sudden Hill, making marvellous contraptions out of cardboard boxes. But then a new boy, Shu, wants to join in too. Birt isn’t sure that he wants Shu to join them. Eaten up with jealousy, he goes home and refuses to come out to play. Until Etho […]

The Same but Different too 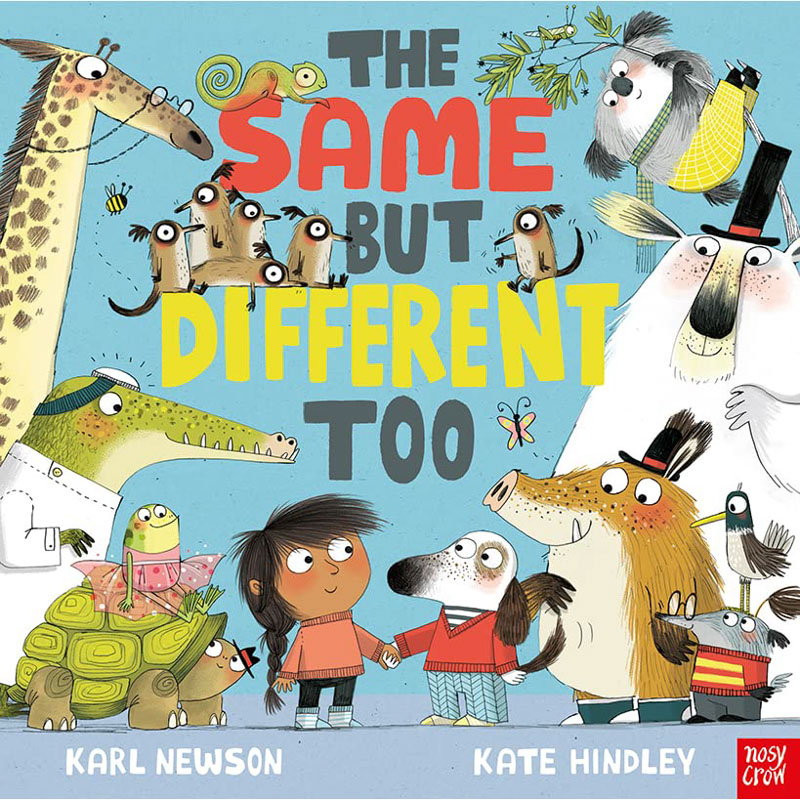 A brilliantly witty introduction to comparisons and opposites, illustrated by the winner of the Sainsbury’s Children’s Book Award. These children and animals are all very different to each other. Some are big, some are small. Some are gentle, some are rough. Everyone is playful, but who’s the best at hiding? One thing’s certain: they all […]