The Cat and the King

Nick Sharratt’s fabulously funny debut novel is now available in paperback. The Cat and the King tells the story of a gentle, unworldly King and his very clever cat, and is illustrated throughout in two colours with Nick’s irresistible wit and humour. The cat and the King must find a new home after their castle […]

Molly Rogers to the Rescue

Thieves, greedy pirates and mischief-makers are no match for Molly Rogers! When Molly and her mother, Barbarous Bertha, discover that Captain Firebeard is destroying Monkey Skull Island in search of buried treasure, they set sail on the Red Swallow to save the island and its animals from his clutches. But Firebeard will stop at nothing […]

Shifty McGifty and Slippery Sam: The Aliens Are Coming!

Three more slapstick early readers from our favourite doggy detectives, all set in the summer sun. And things are HOTTING UP! Someone is CHEATING in the SANDCASTLE competition! There’s something FISHY about the new CAFE! But it’s the ALIEN INVASION that REALLY makes Shifty and Sam lose their COOL! Anyone for an ICED bun?! Brilliant […]

Stanley is a normal little boy, whose dad just happens to be the greatest superhero on the planet. Six days a week, Dad saves the world from disasters, aliens, and bad guys. Friday is his day off and he always spends it with Stan. But one Friday, Dad and Stan meet a series of people […]

Meet the Twitches, four tiny rabbits who live inside a Teacup House. They belong to a girl called Stevie and she loves playing with them. But guess what? These toy rabbits have a secret. They come alive when Stevie isn’t looking! Open up the Teacup House – and meet four little rabbit heroes with big […]

Kitty and the Moonlight Rescue

Join Kitty and her cat crew on the rooftops for a series of enchanting adventures by the light of the moon. Here, Kitty will discover that being a superhero is about more than using her special abilities-she must learn to be courageous too, scaling the city clock tower to rescue a very frightened kitten.

Mariella, Queen of the Skies

Mariella loves nothing more than inventing but bedtime keeps getting in the way of all her brilliant ideas! So when Mum and Dad won’t take no for an answer there’s only one thing for it… Mariella has to build a rocket-powered flying suit to zap her round the world faster than the setting sun! If […]

Claude at the Circus

A walk in the park leads to a walk on a tightrope when Claude joins a circus, throws custard pies, and becomes the star of the show.

Dixie O’Day: In the Fast Lane

Introducing Dixie O’Day and also, of course, his friend Percy! This dashing duo are always getting into adventures – here they enter the All-Day Car Race little knowing what is ahead of them! Dixie and Percy run into all sorts of peril, as does their arch enemy, Lou Ella. But who will win, and will […]

Half vampire, half fairy, totally unique! Isadora Moon is special because she is different. Her mum is a fairy and her dad is a vampire and Isadora is a bit of both. She loves the night, bats, and the colour black, but she also loves the outdoors, using her magic wand, and the colour pink. […]

Nellie Choc-Ice and the Plastic Island 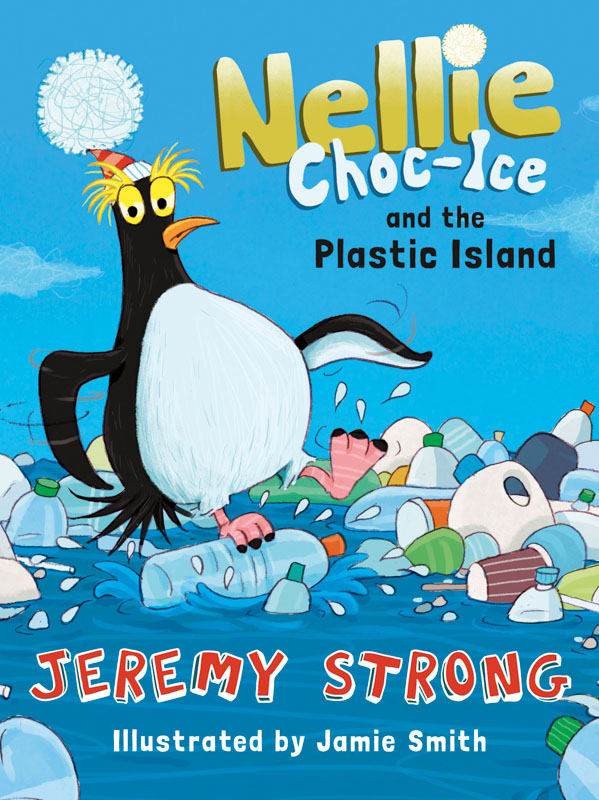 Nellie Choc-Ice is on her way home to the North Pole at last! But things don’t go so smoothly when Captain Beardy-Beard’s trusty submarine grinds to a halt in an island of plastic – and they aren’t the only ones who are trapped. It’s up to Nellie to untangle everyone from the mess … But […]