Today we feature The Great Animal Escapade, a story filled with mystery, escaping animals and devious villains! Read on for a review of the book and a special guest post by author Jane Kerr about how her books address the important issue of animal extinction. 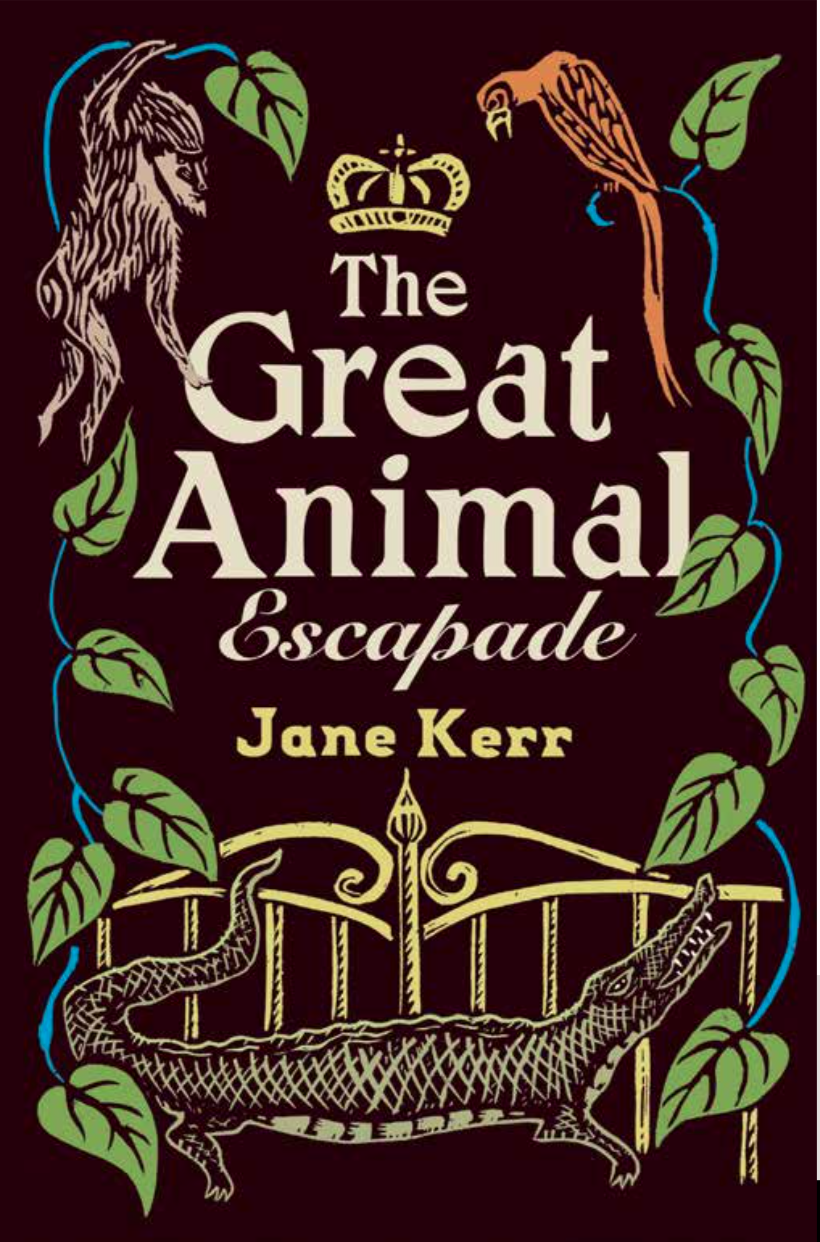 Fans of Jane Kerr's acclaimed 2017 book The Elephant Thief will be pleased to see a sequel hitting the shelves this month. While this second story shares the same Victorian setting and cast of characters, it also acts as a standalone story to be also enjoyed by readers new to the world 'Belle Vue'.

Ex-street urchin Danny is now settled into life working at Belle Vue Zoo, where he enjoys his responsibility for training a magnificent famous elephant called Maharajah as well as helping out with the day-to-day tasks of caring for the animals under the watch of Mr Jameson.

With Mr Jameson increasingly distracted by plans to host a grand extravaganza showcasing the zoo's attractions, things begin to unravel for Danny. Animals start to mysteriously escape from the zoo and suddenly fingers are pointing at Danny because of his background. The future of the zoo is increasingly under threat and soon a stranger appears with a claim to be Danny's father. Can Danny solve the mystery, figure out where he naturally belongs and help to save the zoo?

As the strands of the plot twist together, the thought-provoking narrative gathers pace with a real race-against-time feel. This book would appeal to readers who enjoy historical fiction and a good mystery to unravel. The story offers plenty to discuss, from the ethics of zoos as entertainment, to animal conservation to Victorian attitudes towards class. Danny is a great role model who faces very relatable issues of prejudice and identity but who continues to show the merits of deep consideration, correcting mistakes and valuing kindness towards others.

by Jane Kerr, author of The Great Animal Escapade

Me and Maharajah at the Manchester Museum.

Mention extinct animals and most people automatically think of the dodo - the flightless bird hunted by Dutch sailors on Mauritius in the 16th century. Now, only a few partial skeletons are left to show it ever existed.

But the dodos aren’t the only animals that have been wiped from the face of the earth. In fact, the World Wildlife Fund estimates that hundreds of species are being lost each year.

It’s an issue that crops up in both my Belle Vue adventures. In my first book, The Elephant Thief, the hero Danny comes face to face with a quagga, a strange cross between a horse and a zebra. But the poor creature is not alive. It’s been shot, stuffed and mounted for an exhibition of taxidermy.

“…one of only twenty three in the world on display.” Danny is told. “They’re likely to be extinct soon, so it was a valuable find. Cost me a small fortune, I can tell you…”

And the reason why you’ve probably never heard of a quagga is because in fact they were hunted to extinction. The last one was killed in the wild in the 1870s, and shortly afterwards the last zoo quagga died too.

When I was writing The Great Animal Escapade, I wanted to come back to this issue. And so, I created Emerald, a rather cantankerous Tasmanian emu, who manages to escape from Belle Vue, sparking a huge search. Smaller than other emus, the Tasmanian species was a fast runner, but it wasn’t quick enough to escape 19th century hunters, who killed them for their meat and eggs. The last captive bird is reported to have survived until 1873 – and she was my inspiration for Emerald.

Of course, the star of both Belle Vue books is Maharajah, a 12-foot-tall African elephant. Fortunately, elephants aren’t extinct, but they are described as vulnerable.

Once common throughout Africa and Asia, their numbers have dropped dramatically. Poaching has been the main cause – hunters killing elephants and ripping out their tusks to sell for ivory.

Thankfully, this horrific trade has been made illegal since the Victorian era, when there was probably little understanding of how the actions of human beings affected animal populations. But views were changing. Charles Darwin had published his work highlighting the common origins between humans and animals. The Royal Society for the Prevention of Cruelty to Animals had been established.

I’ve tried to place my fictional Belle Vue at the forefront of that welfare movement - thanks to Danny’s instinctive understanding of animals. But in reality, Belle Vue was simply not forward-thinking enough, and after 140 years in business, the zoo closed in 1977.

Today, the best modern zoos make sure that conservation is at the heart of everything they do, running breeding programmes and reintroducing animals into the wild. It’s certainly the very least we should be doing for all those species under threat.

THE GREAT ANIMAL ESCAPADE by Jane Kerr is out now in paperback (£6.99, Chicken House)

Find out more at www.chickenhousebooks.com and connect with Jane on Twitter @janekerrwrites

Many thanks to the publisher for sending us a review copy of this book and to Jane for writing the guest post.