Today is our stop on the blog tour for Beyond Platform 13 by Sibéal Pounder, which is a return to the fictional world of much-loved author Eva Ibbotson's magical adventure The Secret of Platform 13.

Read on for a review of Beyond Platform 13 followed by an exclusive Q&A with author Sibéal about the process of taking on the sequel to such a popular classic. 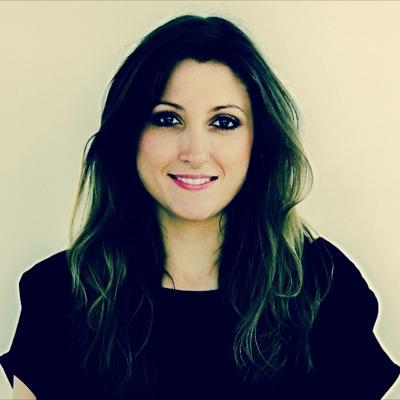 Author: Sibéal Pounder (based on an original story by Eva Ibbotson)

Most Suitable For: Years 4-6

Beyond Platform 13 is the sequel to Eva Ibbotson’s much-loved classic The Secret of Platform 13, published twenty-five years ago. Sibéal Pounder picks up the story of The Island of Mist, which is inhabited by a multitude of magical creatures and protected from being noticed by the outside world by a misty substance produced by white furry creatures called mistmakers.

The only way to travel between Mist and the human world is via portals called gumps, which only open for a few days every nine years. This becomes a huge problem when the harpies on the island stage a coup and usurp the royal family, which they used to guard. The harpies banish any creatures who do not support them on the island by sending them through the gumps and soon the mistmakers become frightened and stop producing their protective mist.

It falls upon Odge Gribble, a young but determined hag, to lead the resistance and make sure the island is sufficiently protected by mist. Odge needs to fetch the mistmaker expert from the human world in order to stop the island being revealed and to allow the remaining islanders time to develop a plan to defeat the evil harpies.

Unfortunately, due to a case of mistaken identity, Odge fails to collect the real mistmaker expert from Vienna and instead collects a young girl called Lina. Lina believes in magic and has always strived to convince others that it is real. Consequently, she is very excited to suddenly find herself making new friends in a magical world. But will she actually be able to help the islanders to protect their futures? Lina commences an exciting whirlwind of an adventure with Odge in a race-against-time to save The Island of Mist and return its rightful royal family to the throne.

This is an exciting story with a wealth of magical imagination underpinning its characters and themes. The book could be read as a standalone, although I would recommend reading The Secret of Platform 13 first to really get the most from the story.

by Sibéal Pounder, author of Beyond Platform 13

We are big fans of Eva Ibbotson’s original story. What inspired you to revisit Ibbotson’s magical fantasy world in your new book?

I adored the story when I was little and Eva is a big inspiration for me. I was so honoured when Eva’s publisher and estate (which is made up of her children) asked me to write the sequel – it was surreal and incredibly magical to return to a world I adored so much as a child.

Why do you think the original book has become such a well-loved classic?

I think it’s because Eva has that indescribable magic that makes kids fall in love with reading. She creates stories filled with magical worlds and fascinating characters that appeal to readers young and old, and she’s funny! She knew how important humour was for kids.

Can you describe the new story in 5 words?

There are so many great characters in these stories - from friendly young hag Odge Gribble to the beautifully serene mistmakers. Do you personally have a favourite character - and why?

I’ve always loved Odge the hag and the fact she looks like a human but dreams of being warty with impressive ear hair like her sisters. Eva was so good at twisting stereotypes for comedic effect. I also love how complicated Odge is – she flits from being confident to insecure, determined to defeatist. I think she’s the most complex middle-grade character out there and I find her fascinating.

In the stories, the Gump is the portal between different worlds. If you could go through the Gump and be transported to anywhere at all (real or fictional), where would you like to go?

One of the themes in your new story is taking action to protect the environment and this is a topic that is likely to resonate well with young readers today. Can you think of a time when you have felt inspired by real-life figures who are making a difference to the world around them?

I’ve always been very inspired by my great uncle Michael – he lives in Zambia and has spent his life campaigning for education rights for girls and HIV/Aids prevention, and removing the stigma for those who are affected. He was recently awarded the Irish Presidential Distinguished Service Award and has been honoured by the president of Zambia. He’s in his 90s now and is as dedicated as ever.

My dad is also someone who has spent his life trying to help others – he does a lot of human rights work and was one of the founding members of Physicians for Human Rights in the UK. I grew up watching him spend all his spare time working to help others.

My efforts currently pale in comparison! I hope that when I’m 90 I can look back and feel I have made a difference.

What were your own favourite books as a child?

I loved Burglar Bill, Meg and Mog, Winnie the Witch, The Worst Witch, The Lion the Witch and the Wardrobe… (there was a heavy witch theme).

Eva Ibbotson’s books are characterised by their wonderfully imaginative storytelling and narratives that are not afraid to surprise the reader. How much pressure did you feel to research and replicate Eva’s writing style closely? Or did you feel more able to freely put your own stamp on things?

It was very important to me that the heart of the book felt like an Eva book, so I didn’t want to take the characters or world anywhere that she wouldn’t. I started with the research and I hunted down every interview – printed and audio – with Eva that I could find. I wanted to first see if I could find clues as to where she would take the story. I found some useful things that helped guide me. For example, in the book she mentions that every country has a gump (a portal to the secret island), yet we only visit the one on Platform 13 in Kings Cross. That seemed like a solid world-building mechanism – a way of establishing a larger framework so if she were to return to the world there would be more to see.

I also went backwards to go forwards and looked at what could’ve inspired various elements and characters – from her life experiences to the people she knew. My favourite find was the similarities between the way she described the character Ben and how she described her husband, Alan Ibbotson – kind, sweet, someone who cared for animals and was fascinated by the natural world. In the book, Ben makes a den for the mistmaker (a strange magical creature in the story) and hides it under his bed. In an interview, she says that when they first met, her husband made an ant farm and kept it hidden under his bed. I loved that parallel, and things like that were enough for me to believe that she would see Ben as a good-to-his-bones character, and that helped steer how I developed him.

Witch Wars and Bad Mermaids are hugely popular among primary school aged children, especially for their memorable characters and fantasy settings. What would you say is the key to writing books that children love to pick and read?

I’m not sure, really! I just try to write books that I would’ve loved at that age. I can remember things from that time in great detail – stuff I liked and why, what my worries were, things I wished I could do, and so on. I try to get into the frame of mind of 9-ish year old me and go from there!

Many thanks to Sibéal for answering our questions and to Review Panel member Louise for reviewing our copy, provided by the publisher.