Q&A with Colin Butfield / Our Planet

Today sees the publication of 'Our Planet' (available here), a highly-illustrated children's non-fiction book based on the hugely successful Netflix series.

We feature a Q&A with Colin Butfield (Executive Consultant Editor, WWF) about his involvement with the book. Colin was the Conservation and Science Advisor for the Our Planet series and spearheaded the creation of the project alongside the series producers and Netflix.

Find our review of the book here. 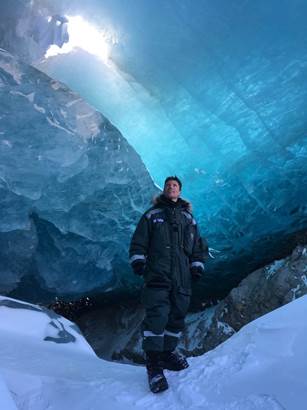 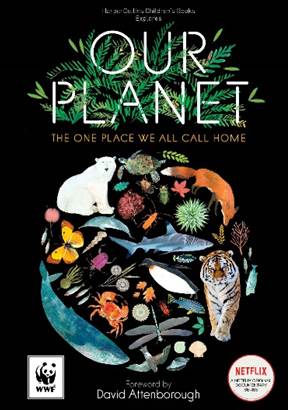 with Colin Butfield on Our Planet: The official children’s book to accompany the Netflix original documentary series (available here).

Colin, you are the Scientific and Conservation Advisor for WWF, can you tell us what your involvement was in the Our Planet Netflix show and new children’s book out this autumn?

It’s been over 5 years since I first spoke to the team at Silverback Films about Our Planet. They were the creators of massive series including Blue Planet and Planet Earth and wanted to do something on a similar scale that also looked at the threats facing our natural world. We decided to work together. It was a fantastic partnership because right from the start we were searching for sequences that were not only visually stunning but also told a really important story.

My role was to bring the best science and examples of our changing planet and work with the filmmakers to see which ones would make fantastic sequences for the Netflix show. I also worked with the filmmaker team to create a wealth of content for ourplanet.com which shows the solutions to issues like climate change and nature loss. This includes loads of content for schools and assembly talks as well as apps that help you ID nature where you live.

Each chapter takes you on a journey around the world’s most precious natural habitats. Which one has had the biggest impact on you, and why?

The Frozen Worlds chapter. I’ve worked on climate change for many years and understand the impacts that are happening. During the filming of Our Planet I had the privilege to visit Svalbard in the High Arctic for the first time and see some of those changes for myself. It’s the most beautiful place I’ve ever been and to see Polar Bears, Seals and the scale of the landscape was wonderful. But it was made all the more poignant by the fact it's changing so fast that by the time my 8 and 11 year old sons are my age much of the ice will be gone forever.

How many countries did you visit to capture the unbelievable imagery?

Over four-years the Our Planet project has been filmed in 50 countries across all the continents of the world, with over 600 members of crew capturing more than three and a half thousand filming days.

The book has some of the show-stopping photography taken from the Netflix series - how did the camera crew go about getting the incredible footage?

The dedication of the camera crews just blew me away. From spending weeks in a tiny hide in a freezing Russian Forest filming the world's largest cat- the Siberian Tiger to very difficult cold underwater filming of Narwhals, to amazing drone footage of Chernobyl. The crews used every piece of kit and expertise imaginable. High resolution cameras on drones were a big change. As you can see from the wonderful shots of the blue whale mother and calf, if flown at a respectful distance the animals aren’t at all bothered by the drones and you can get such intimate shots.

Camera traps also played an important role but in the end much of it came down to old fashioned fieldcraft- being in the right place and willing to wait a long time- combined with fantastic cameras and the best camera operators in the world.

The forward for the book is written by world-renowned naturalist, Sir David Attenborough. What was it like working with him?

Working with David Attenborough is a real privilege. He’s had over 70 years of working in this area and his curiosity about the world and visible delight in seeing wonderful shots of nature is inspiring. The whole Our Planet team were particularly glad to get some never before filmed sequences of one of David’s favourite species- Birds of Paradise.

The illustrations by Richard Jones are stunning and work so well next to the photography and words by Matt Wyman. Did you always know this collaboration would work well together?

Whilst I knew we had some stunning photographs I also loved the idea of enriching them with illustrations.

I must admit I had some doubt we would find an illustrator that would have a vision that both felt unique to this book AND very much part of the Our Planet content. But as soon as I saw the example illustrations from Richard, I knew his approach would be perfect.

The sea often seems a mystery to us, with parts of it being more than 11 kilometres deep! What can we learn about this habitat in the book?

We know more about the surface of the moon than we do the depths of the sea. Yet already we are fishing its depths and damaging the complex ecosystems that make up this most alien of environments.

We wanted to show the incredible ways that life has found to live in and exploit the unique conditions of the deep sea. It is an area where no sunlight penetrates, the pressure is so strong it would crush a human instantly- yet strange lifeforms survive and even thrive. Some generate their own light, others navigate and hunt without sight. We even find corals growing several hundred meters down.

The big thing we can all learn about the deep is that much of the life here is slow to grow and breed and all of the life here is yet to be fully understood by science. As such there is a great danger to the whole ocean of destroying it at the rate we currently are.

Can you tell us about the global effects of burning fossil fuels especially with regard to the frozen world and its wildlife?

By burning fossil fuels in such vast quantities, we have raised levels of carbon dioxide in our atmosphere to a level not seen in at least 800,000 years.

The result has been to raise the average temperature on our planet by 1 degrees C. The Arctic is warming almost twice as fast. This is bringing huge impacts to the ice and as such the wildlife that depends on it.

The Arctic summer sea ice has declined by 40% since 1980. Such substantial changes are happening way faster than animals can adapt to. Animals like walrus or polar bears whose feeding and resting takes place on the sea ice are particularly impacted.

Unless we act now the Arctic will be ice free in summer during my lifetime and that’s a scary thought.

Whilst the poles and especially the Arctic are perhaps the habitat most impacted by climate change, many of our oceans, forests and freshwater habitats are also changing fast.

How do you envisage our energy use in the future?

The great news is that we can power our planet by clean renewable energy. By using wind, solar, and to some extent water to generate power we can have a world where we all have electricity without warming our planet.

Even better, we would make our cities cleaner by using electric rather than petrol or diesel cars and renewable energy will last forever.

The book mentions several of the weird and wonderful animals on the planet, from unusual named creatures like the ‘panther chameleon’ to elaborate mating dances by the birds of paradise – what is your favourite animal and why?

I love Rays- particularly Manta Rays. There’s a lovely photo in the Coastal Seas chapter but from personal experience I can tell you those kinds of encounters are hard to find.

Manta Rays used to be my cursed species! I wanted to see one since I was a child and often was fortunate enough to be in a part of the world where they are frequently sighted.

Yet I couldn’t escape the curse- every time I dived or snorkled there were none! If 2 boats went out one morning the other would see Mantas and my boat none. I once spent 13 days on an island so small you could walk round it in 15 mins. Mantas were seen there daily- but not by me!

This continued for so long that I was beginning to take it personally until about 15 years ago off the Ningaloo Reef in Australia a Manta Ray started barrel feeding right below me. Barrel feeding is where they do somersaults to sweep food into their mouths and if a Manta is doing that a couple of feet from you it’s a good sign they are totally relaxed around you. It remains one of the best wildlife sightings of my life!

What daily changes can we make to save the planet?

Often it’s the way Western Countries like mine (UK) live that actually causes the loss of our planet's jungles and coral reefs and drives much of the impact on our climate. So we all need to do our bit.

One of the most inspiring things I’ve seen in years is the way young people are speaking up and telling adults to change. This is probably the biggest thing we can all do- persuade others how important this is. One of my hopes with Our Planet and this book was to spread that story to as many people as possible.

We can also make choices in our everyday lives that are good for the planet and often good for us too. They depend a little bit on which country you live in but the really big ones for everyone are:

Read our review of Our Planet among our October 2019 Books of the Month.

Thank you to Colin for answering these questions and to the publisher for seinding us a review copy.

You can order Our Planet online or from your local bookshop or library.